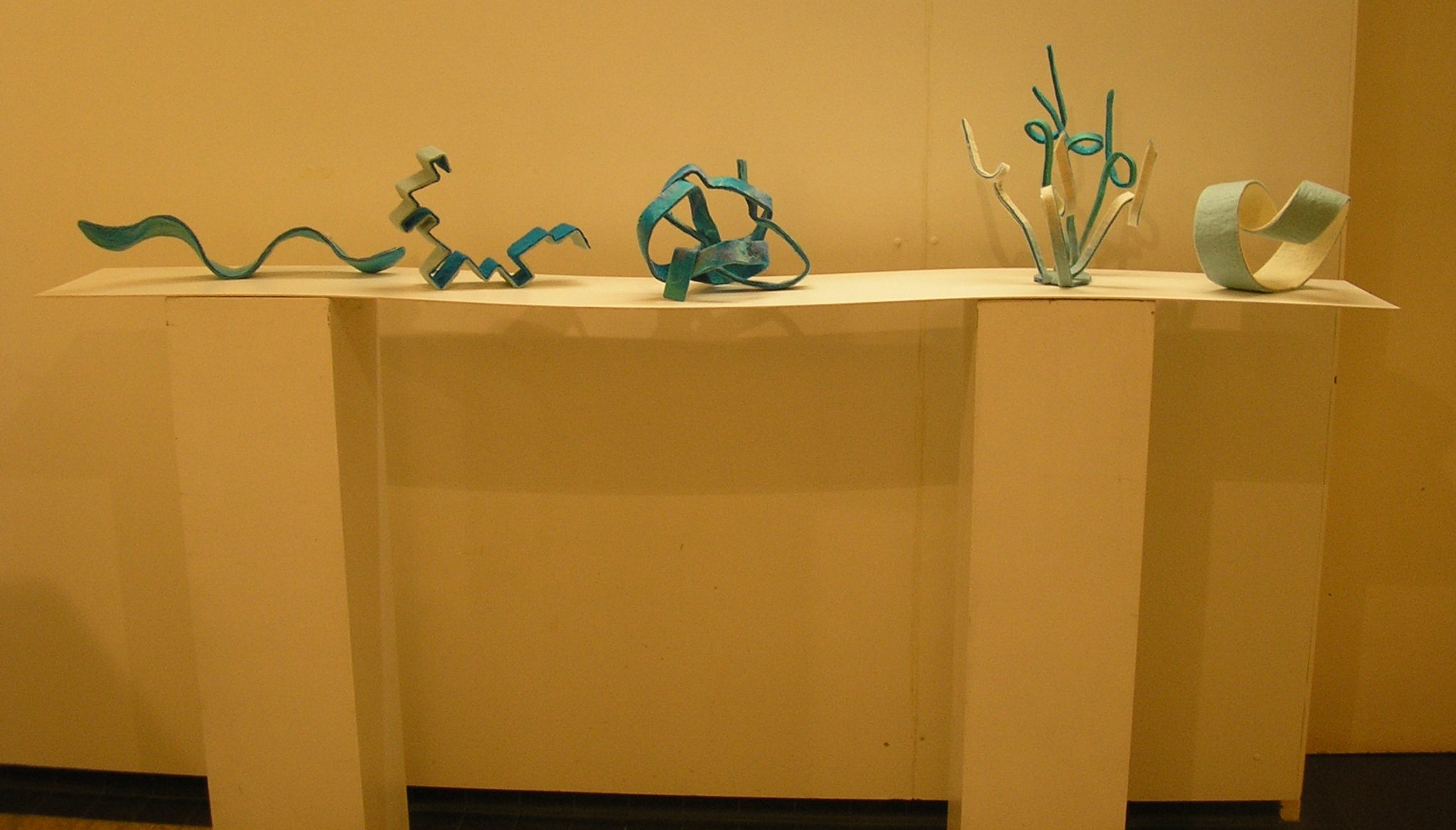 As a young girl I learned how to knit, embroider and crochet in school. My mother taught me how to make clothes. In school I used to knit sweaters under the desk in class. Permitted because I seemed to perform better if I was allowed to do something with my hands during theoretic classes. But also outside school, in the train, while watching television I kept being busy with textile. I chose to become a nurse, because the art schools had so many entries that the chance of being accepted and finding a job later on were so small. Sometimes you have to make decisions…

I started to weave, bought a loom that I continued to take with me to four different houses. Abroad and back to the Netherlands. After the birth of my first son, quilting became an outcome. You could pick it up in between nurturing and lessons for it were taught just around the corner

In the year I turned 50, I decided to think about what the common thread had been in over thirty years of working. Textile turned out to be the passion to which I stayed faithful all those years. I hoped to find more depth to it somewhere.

By accident I discovered the Academie voor Beeldende Kunst en Media (Academy for Visual Arts and Media) in Genk, focussed on textile arts. There I learned to deepen my ideas and translate them to textile artworks. My best ideas came to me in the silence of my car on my way home, or standing in my garden, looking at the stars. I encountered felting in Genk, with which I continued in my specialization.

Under the header portfolio you can find my graduation artworks, among others.

The last few years I have encountered paint on textile and I have been experimenting with that since.

Felting, however, is still something that drags me in and I noticed I wanted to explore working with wool further. In March of 2019 I started a 3 year training ‘Fitt in Filz’ in Oberrot, southern Germany. Felting with a view of the valley and behind you the Wollknoll, a local wool factory. There I hope to learn to control felting techniques in all forms.

Creativity among the youth

I have provided creative courses at my children’s school for years, because I think it’s important that children and teens learn to explore their creativity.

The last few years I have given art classes to healthcare students. Nowadays this is included in their curriculum, because it’s not only important to know how to take care of someone, but also to know how to occupy and amuse people in need of care.

I can explain and teach almost all techniques if requested. If you have any questions about that, feel free to contact me through e-mail: tjalenatextiles@gmail.com